Impressions from the European Coating

We would like to express our thanks to each of you who participated in the 14th European Coating Conference in Brussels. Over 95 persons gave their time and resources to attend and to contribute to the symposium. We have been really impressed by the quality and the high level of the presentations. You made the 14th European Coating Symposium a success and it was a great pleasure to see so many of you there! Moreover, the ECS2021 hosted a pre-conference training course titled Dynamics of Liquid Film Coatings- Theory and Applications gathering 22 participants.

We have the pleasure to announce that the ECS Award Poster First Place has been attribued to Fuaad Panikaveetil Ahamed Kutty from Abo Akademi University, Finland for his poster titled "A Predictive Model for Slot-die Coating of Nanocellulose Films". The ECS Poster Award Second Place has been attributed to two participants, Apolline Faidherbe from CNRS/Saint-Gobain, France and Thilo Heckmann from Karlsruhe Institute of Technology (KIT), Germany. The poster of Apolline Faidherbe was titled "Prediction of the Dried Shape of a Polymer Layer Obtained by Drying a Thin liquid film under an evaporation mask", while the one of Thilo Heckmann was titled "CFD Simulation of Slot Die Coating for Lithium-ion Battery Electrodes as Part of a Simulation Platform of the Process Chain". 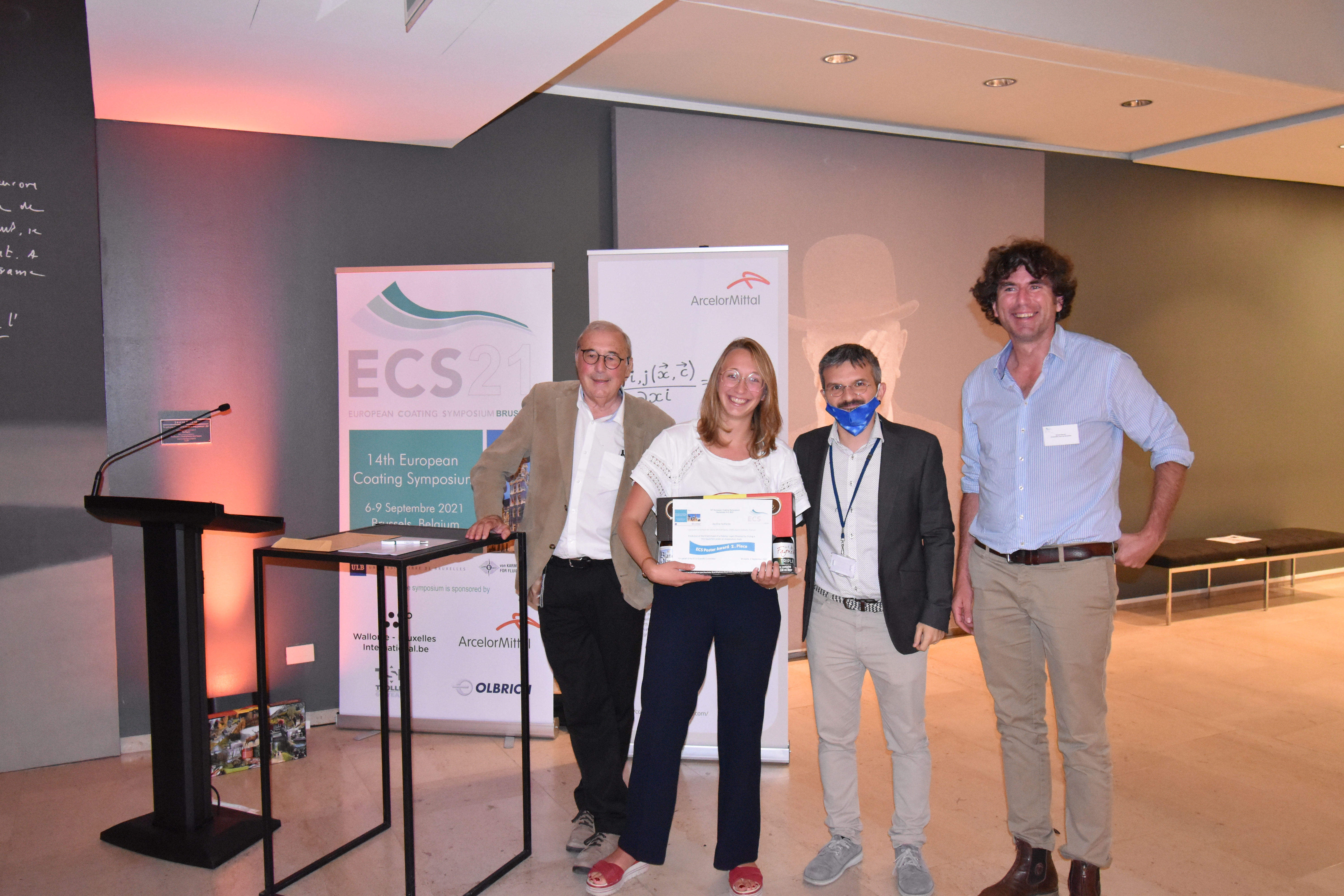 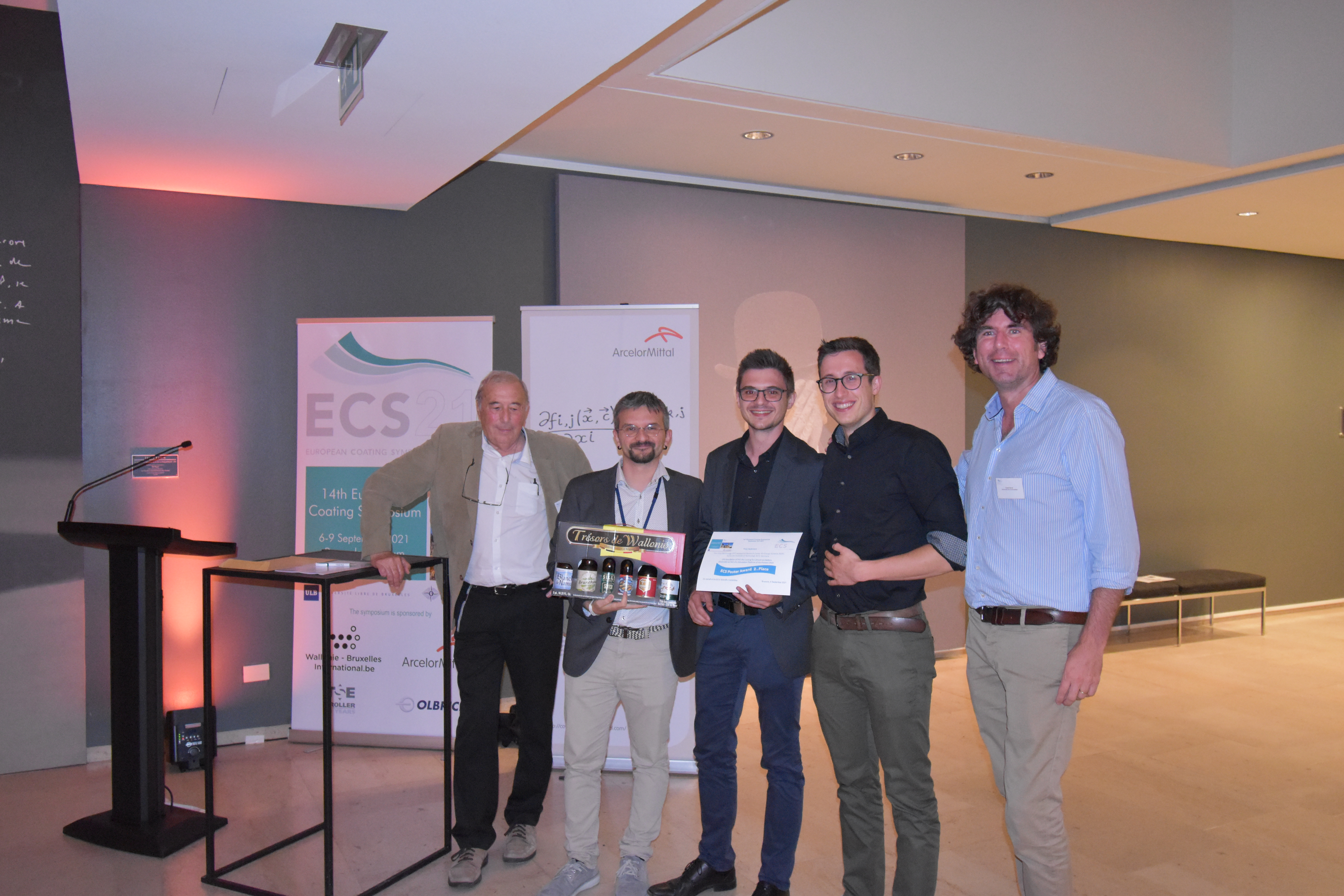 We express a big thank to the sponsors of this symposium: Wallonie - Bruxelles, ArcelorMittal, TSE Troller, Polytype Converting and Bronkhorst.

We hope to meet you again for the next 15th European Coating Symposium in Paris.

With our best regards,

All the pictures are available for the participants on the server of the ECS 2021 symposium.